For over 84 years, the Thompson Funeral Home has been there to assist families during difficult times...

Clifford L. Thompson Sr. founded the Thompson Funeral Home in 1932, in Youngstown, Ohio. The first funeral home was located in Cliff Sr.'s father home and moved in 1935, and again in 1940. The present location at 4221 Market Street, was established in 1955 and continues to serve families in the Youngstown area today.

Clifford L. Thompson, Jr., a 1959 graduate of the Pittsburgh Institute of Mortuary Science, joined his father at the present location, continuing the traditions that his father had established with area families. Cliff Sr. died in 1978 and Cliff Jr. continued to operate the family business until his death in 1997. Since Cliff Jr's passing, his wife Joan has retained ownership of the family business.

Edward J. Filicky joined the staff of Thompson Funeral Home in 1984. A 1990 graduate of Pittsburgh Institute of Mortuary Science, Ed continues to hold the standards and values of the founder and his son. 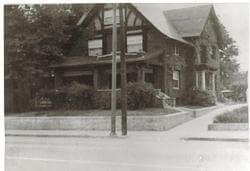 The caring and experienced professionals at Thompson-Filicky Funeral Home are here to support you through this difficult time. We are knowledgeable in all religious customs and offer a range of personalized services to meet your family’s needs, including traditional funeral services, cremation services and pre-planning. You can count on us to help you plan a personal, lasting tribute to your loved one. And we’ll carefully guide you through the many decisions that must be made during this challenging time.

You are welcome to call us at any time of the day, any day of the week, for immediate assistance. Or, visit our funeral home in person at your convenience. We also provide a wealth of information here on our web site so you can learn more from the privacy of your own home.